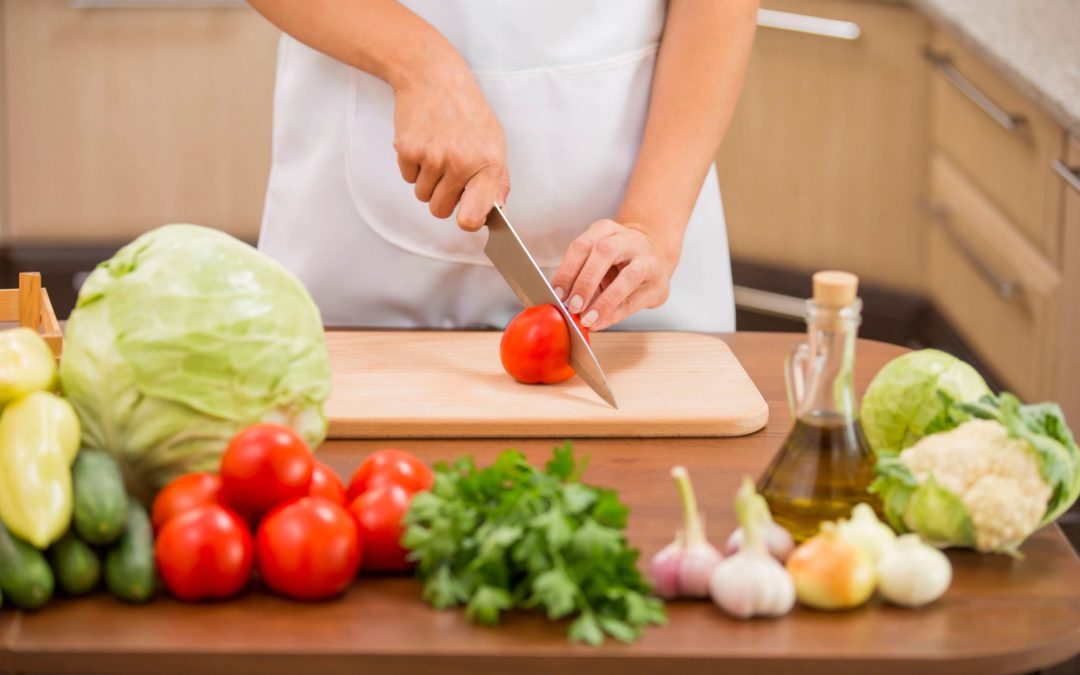 A little more than 7 years ago, after a lifetime of privately poking fun at picky eaters, I became a very picky eater. In response to some unusual health issues that had surfaced, I jumped on the Paleo Diet bandwagon. Lots of protein and fat. Very low carbs. No sugar. No dairy.

I loved it. I had tons of energy; I could ride my bike for hours at high intensity; and I could eat truckloads of food and be as trim as I was in high school. And, despite a long history of being a kitchen nincompoop, I was so excited about my new diet that I became the go-to guy for most of the cooking for our family of four.

Recipes, it turns out, can make anyone look pretty good in the kitchen.  My coup de grace was the full Paleo Thanksgiving that I made a few years ago for friends and family.  My mom still talks about that as if I might have my own cooking show someday. (There were low points too.  Like the barely edible spicy meatballs, that I resorted to covering in chocolate sauce to get my boys to try a few bites.)

But a funny thing happened along the way.  After several years of following great recipes (and accumulating an impressive collection of Paleo cookbooks) I thought that maybe I had developed a bit of skill in the kitchen, and so began to improvise with some meals. Those improvisations that most closely resembled meals I’d made dozens of times came out pretty well, but the further off I veered into new territory, the worse things got. Finally, I came to the realization that despite my apparent success with so many recipes, I could not consider myself a cook.

Not long after this revelation, I came home one evening and my family was watching one of those “Iron Chef” shows. As an infrequent tv watcher, I was captivated by this show, seeing such creativity in action. My favorite part was hearing the post-competition interviews towards the end of the episode, where each of the chefs talked about what they were trying to accomplish.  I realized in that moment that a chef is no mere cook. Here’s what I saw: A chef has gone beyond a simple understanding of what lies behind the recipes. A chef lives in the world of curiosity and playfulness, experimentation and fruitful failure, beauty and, at times, simplicity. It takes skill, but skill alone isn’t nearly enough.

So what’s the point?  What could this possibly have to do with living lives of ease and grace, overcoming stress and anxiety, and experiencing more peace of mind?

Well, there are lots of recipes out there for us “seekers” and for those who are wanting to find relief from whatever’s got them down on life. They look like techniques and practices. The Ted Talk with the 5 things to do to be happier. Meditating. The communication workshop that teaches you what you’re supposed to say when you’re in conflict.  Finding a mantra. Understanding my personality type. The family meeting.

And some of us can be great at following the recipe. We can even produce some nice results, which leads us to put a lot of stock in our recipe. Yet at some point, we might find that the recipe isn’t working the way it once did, and wonder why.  Or we might tire of all the effort that our “recipe” requires. Or we might just lose interest, or our tastes change.

When this happens, a common approach is to look for a new set of techniques and practices, or to lose hope.  But this is where the idea of becoming a cook or even a chef can help us the most. The cook sees what’s behind the recipe. When the kitchen is your life, the cook sees what’s behind why techniques work or don’t work, sees how state of mind is the invisible factor that single-handedly accounts for experience of life, and “gets it” that behavior is simply a reflection of our state of mind and nothing more.

A cook’s worldview brings hope and possibility. With a simple shift in understanding, I’ve seen lots of my clients move from recipe master to cook. And the lightness that it brings is always accompanied by such a beautiful feeling. Less work. Less effort. Less burden. More freedom. More connection to others. More joy.

And what about the chef? What does it feel like when we bring “curiosity and playfulness, experimentation and fruitful failure, beauty and, at times, simplicity” to our lives?  Enriching our understanding of what lies behind all of life, what the essence of being human really is all about, we can all have lots of fun, even when it looks like we’re under pressure, like many of those Iron Chefs. We can all have more frequent experiences of tapping into the source of creativity. We can see the bounty of life and the full range of experiences that we have the power to create. We can juxtapose bitter and sweet for a rich and memorable taste of life. We can have a disastrous meal, only to know that there are countless meals awaiting us ahead, each an invitation to possibility.  Some will be divine. And some may require chocolate sauce.