Confessions of a Former Worry Wart 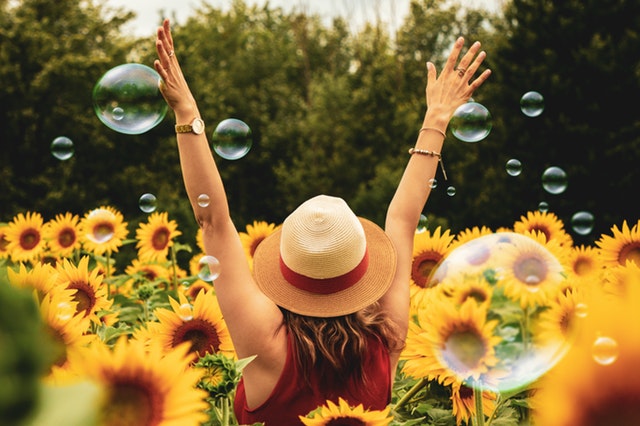 It’s high school graduation season!  If you have a graduate or are close to one, you know that it’s an exciting time of gratitude, hope and celebration.

For many parents, it’s one of the scariest days of the year. Because graduation night in many places means graduation parties. Big graduation parties. Our little town in the Rockies is no exception. Our high schoolers head way out into the woods and have a big, all-out, rowdy party to celebrate the grads. They’re out of cell phone range, there are substances involved, they make a big bonfire, and they all spend the night in the woods. You can just imagine the scene.

As I was talking with another mom about it, she shared with me just how gripped with fear she was about the party. Her son and mine, both seventeen, were planning on being there and she seemed truly terrified by the prospect of what might happen. She was already planning a miserable, sleepless night.

What really struck me as we talked was not that she was so worried, which seemed pretty standard,  but rather that I surprised myself by not being worried at all. And I mean really, truly not at all.

For anyone who knew me five or more years ago, this would be totally shocking. It would make no sense whatsoever.  I was the queen of worry. I grew up in a family completely committed to worrying. I didn’t know there was any other option, so that’s what I did. And I did it really, really well.  I could get myself worried about anything. The big things, the little things, and everything in between. Worry was simply the background music of my life. I didn’t know what my world would sound like without it.

But now I do. Which is what struck me so clearly last Saturday night. The worry soundtrack has just stopped. It might occasionally play a little ditty here and there,  but it’s no longer playing loudly on repeat day and night. The simple reason for this is that through understanding the inside-out nature of life, my relationship to my own experience has changed dramatically.

I now know that our thoughts create our reality. All day long, we’re having thoughts and those thoughts create our experience of life. That’s the nature of thought. The cool thing, but also the challenging thing, about the human mind is that we have the capacity to time travel. Unlike other species, who live fully in the moment, we can think about the past and the future, which creates the opportunity for us to do lots and lots of cool things. Like write history books or futuristic novels about the world in the year 2099.  Or plan ahead for putting a human on Mars. Cool.

Unfortunately, this cool trick of the human mind also creates the opportunity for us to suffer. When we have thoughts about the past, we might have warm, fuzzy nostalgic feelings. More often than not, though, thinking about the past leads to feelings of regret, shame, anger or resentment. When we have thoughts about the future, we might have feelings of hope and excitement. But more often than not, we have feelings of fear about the bad things that might happen to us or the people we love. In other words, we worry.

My husband would be driving home from a business trip on a snowy night and I would have thoughts about him driving off a cliff and getting killed. The thought would be so terrifying that I would feel utterly gripped, literally enthralled by the thought, until he got home safely. And that’s just the tip of the iceberg. My fearful thought about what could happen to my children were creative beyond belief. I could really do it up in that category. I’m sure many parents can relate.  And it didn’t look to me like I had any other option. A mother’s job is to worry, my mother always said. And I believed it.

What is so powerful about seeing the nature of thought is one day waking up to the fact that all the fear, all the worry is about things that aren’t even real. They’re made up and I’m the one making them up. Seeing that takes the power away from those thoughts.

It’s like a child thinking that there is a monster under the bed and being terrified by it. You don’t need to fight the monster in order to alleviate the child’s fear, you just need to help the child, over time, trust that the monster doesn’t actually exist.

Worry thoughts are exactly like that.  Over time, when you come to understand the nature of thought and how it creates what you’re feeling and experiencing in the moment, worry thoughts just don’t look so scary anymore. Having them isn’t a problem. You just don’t have to believe them and fall down the rabbit hole of fear. When you stop believing them, they don’t affect you as much. Eventually, you just turn away from them more often, giving them less attention. When you give them less attention, when you don’t breathe life into them by focusing on them, you ended having less and less of them.

That’s how my relationship to worry changed. Little by little, one worry thought storm at a time, I experienced less and less worry, until a few days ago I found myself considering the prospect of my teenage son spending the night in the woods at a substance-soaked high school party and didn’t even have any worry thoughts at all.

As a mentor of mine recently said, it’s like finding freedom from myself.  What a relief.

Because so many people in our society worry so much, worry looks normal. It doesn’t look optional. It’s just what you do. Except it isn’t.

So what sense does it make to spend any time living something that doesn’t exist in the moment? We have no idea what’s going to happen in the future, so why spend the gift of the present moment worrying about it, especially when worrying doesn’t help in any way whatsoever.

I used to live in a prison of worry. It was a prison of my own making.  Breaking free was as simple as choosing to stop believing the content of my own thinking. If something challenging is going to happen in the future, I’ll live it with as much grace and resilience as I can when it comes, even if it really, really hurts. In the meantime, I enjoy what’s right in front of me.

As Newt Scamander says in Fantastic Beast and Where to Find them: “Why suffer twice?”

“Time isn’t precious at all, because it is an illusion. What you perceive as precious is not time but the one point that is out of time: the Now. That is precious indeed. The more you are focused on time—past and future—the more you miss the Now, the most precious thing there is.” ~ Eckhart Tolle